Death is  good. It's good to remind us what's important. This is a story of Kyle and his relationship with death.

This game contains elements of space invaders and time-stopping mechanics.

If you dont move the enemie stops. But in that position you lose your lifetime.  You have to combine these mechanics to survive.

I was not sure about sound system that was added last minute. So by default it's disabled. But give it a try! Press T to enable sound

You have to use NUMPAD arrow keys to point direction to which character have to turn.  For shooting and any action use NUMPAD 5.

The writing had my interest at the beginning, but it lost me before the end. Whenever it cuts to the triangle that represents Kyle I assume that the dialogue is over and that now I can play, but it just goes right back to the text, and it keeps doing this over and over. It should mention during the game that you can skip text, since I didn't bother going back to the game page to look at the controls because they're explained in game and the text is so incredibly slow. I only realized this afterwards when I came back to the page to leave a comment.

The gameplay felt disconnected from the story. During the gameplay I just wanted to get it over with and get back to the story, but then once the dialogue started again it was so agonizingly slow that I lost interest.

Also WHY did it have to be the numpad arrow keys? Most of us are pretty accustomed to the regular arrow keys but the numpad has that 5 key in the middle that changes the layout. I couldn't get used to controlling it like this since I'm just so accustomed to having the down key being next to the left and right keys and the up arrow being one key above down.

This game could be great with just 3 simple changes. Speed up the text (and don't cut back to the gameplay until it's finished), allow use of the regular arrow keys, and put some sort of background so that it looks like Kyle is actually moving instead of just rotating in place. I wish you luck on your next game, and I'm sure that it will be way better after what you've learned making this one.

Let me know if you ever make an updated version of this game after the jam, I'd be willing to revisit it.

Thank you for a response! It's very important to me.

Yeah, I was going to to add information about Space and T buttons in tutorial, but ended up writing them on a game page. Will fix it in after-jam update. Also the keys. And some bugs. I'm sure you got a "good ending" because another one is kinda impossible to complete for now.

Btw, what do you mean talking about background? Kyle do rotates in place. That was an initial idea anyway

the background is pure white, so it doesn’t look like kyle moves at all besides rotating 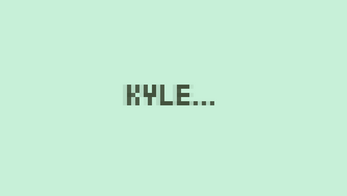 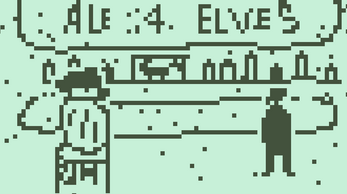 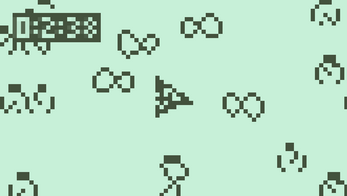